Notice to the President of The European Court of Human Rights

Dear Mr. President, dear Ms. Minister, dear Mr. Ambassador.
Before one month there was a complaint number 1128/2014 from the lawyer of the individual and artificial persons who have been participating in the international research „Konopí je lék“ (Cannabis is The Cure) which was sent to the Court by the Ambassador Tomáš Boček. The complaint was sent  in 6th February 2014 and it was about the behaviour of the judge E. Küris, who rejected, without the explanation and with the link to the article 34 and 35 of the rules of Procedure of the Court only, the complaint number 66981/12 in which the legal admissibility had been processed one and half year.  There was a crime against humanity proved, also there was illegal prohibition of the proceeding of this case at the European Court of  Justice and many other breaks of the Convention of the Human Rights from the side of the Czech republic. The complaint didn´t agree with the decision number ÚS 664/12 of the Constitutional Court of the Czech republic , as you can find here: http://nalus.usoud.cz/. The complaint to the Court you can find here as the first one: http://echr-coe-int.blogspot.cz/.

The single judge E. Küris outside the recommendation of the complainants number 1311/13 from the 9th January 2013 which link to the articles 34 and 35 of the rules of Procedure of the Court under the number 79490/13 from the 6th February 2014 declined the legal admissibility of the two more decisions of the Constitutional Court of the Czech republic numbers IV.ÚS 4859/12 and II. ÚS 1311/13 without the explanation.

In the 3th July2014, under the number 47921/14, he declined to apply the article 39 (precaution) nevertheless it was proved that the articles 2 and 3 (and many others) of the Convention of the Human Rights were broken by the Czech republic in all the listed complaints, in the process of the fourth opposed decision of the Constitutional Court number II.ÚS 289/14 and at the same time opposed decision of the criminal Appeal of the High Court of the Czech republic number Tpjn 301/2013, as you can find here http://cannainsider.eu/, which was sent in the times of legality of the Cannabis growing without the permission from the office according to the § 29 of the law of addictive drugs (until 100 m2/person). Also there is long-standing ignoration of the Police, prosecutor´s office and the courts to measure the ammount of THC in Cannabis according to the law about the addictive drugs or at least according to the legally binding European methodology, which leads to increasing of the ammout of THC 100 times by the Police, so  the citizens are criminalized. With the knowledge that Police doesn´t have any methodology of measuring THC in Cannabis which would be proved by law until now (the article 39 of the Convention breaking) in 13th March 2014 the judge decided, that it is the crime to own 10 grams of Cannabis flos. It was repeatedly proved to the Court, that the Czech republic would like to destroy the research of Konopí je lék (Cannabis is The Cure) and it wants to commit a crime againt humanity again. It was proved to the Court, that also the Police presidents, the judges of different Courts of the judge systém, and also attorney Pavel Zeman were included into this serious crime, with the knowledge of abusing the international obligations and the law of the Czech republic, as it can be proved here:http://pavel-zeman.blogspot.cz/

It was proved to the Court, that all the prosecutor´s offices forbid to investigate these crimes against humanity and also up to 90% weight loss of the Cannabis confiscated (not only) from the research farm in Ospělov and also highest prosecutor´s  office refused to command the Police to apply § 12, subsection 2, 28 and 31, article 1 of the Criminal Code to enforce the registration of the Cannabis growers up to 100m2/person at least at the local authority.

In the 21st July 2014 the lawyer of the decision opposed from the Constitutional Court of the Czech republic in the case of Growshop versus Czech republic number  III. ÚS 934/13 and also of the opposed decision of the criminal senate of the High Court of the Czech republic number Tpjn 301/2013, got the decision of the single judge E.Küris from the date 9th July.2014, which has been again the general demonstration of the article 34 and 35 only. The judge declined legal admissibility of the listed complaint under the number 41264/14, in which there was proved, that the Constitutional Court didn´t have any evidence about the alleged spread of drug addiction by the complainant with the usage of the literature which can be found in Growshop, about the  advices and the seeds of Cannabis selling, there was no proof of the harmful effects, the judges didn´t have the same opinion, personal, family and social life of the complainant was devastated totally and there was material damage bigger than 1 million Czech crowns. The coplainants has been living in material poverty, even though he didn´t make any harms to anyone, as it is opposite and he behaved in the intention of the explanatory memorandum in the paragrapg of the spread of drug addiction and he used the principles of harm reduction, as well as he was forced by the law to inform the customers of the growshop properly.

It is the legal obligation of the courts to justify their decision properly, especially when the citizens ask the highest Court possible, as the European Court of Human Rights in Strasbourg is, for the solution coming out from the law, when their rights were broken by their own state, which acted against the citizens as it would be organized criminal group.

As an addictologist I know very well Cannabis is very sensitive topic, even though it is not possible to close the eyes to not see the crimes against humanity made by the legal authorities and to not see enormous justice corruption made (not only) in the Czech republic in this case, but as you can see above, also by European Court of Human Rights. Because of that I would like to link you to the point 2 of the complaint number 47921/2014 which can be found here: http://cannainsider.eu/. This complaint is, as it was informed after the prohibition of the application of the article 39 in the 16th July 2014, in the proceeding of the Court (there were labels with the code number  47921/2014 extraordinarily sent ) and until now there was no previous complaint declined as it would be admissible, when it is legally permissible as the complaints listed above.

I would like to ask you kindly to support – according to your competition:
1) disciplinary proceeding with the single judge E.Küris
2) the application of the revocation of the all decisions of the Court listed above
3) Proceeding of the complaint number 47921/2014 according to the article 39 of the rules of procedure of the Court, because it was proved by the doctors and the expert witnesses that there was article 2 and 3 of the Convention of the Human Rights breaking by the Czech republic and the Czech republic wants to make the crimes against humanity repeatedly.

In the case I will not get your decision during 14 days, we will také the case of the corrupted single judge E.Küris to the Interpol and we will appropriately medialize this case not only in Czech language, considering the investment of (not only) the Europeans and European union, we will also give a stimulus to the Police organ OLAF.

I expect, that Czech republic will be fast in adoption of our justifiable requirements which can be found here: http://www.konopijelek.cz/, because the Czech republic allowed getting, proceeding and distribution of Cannabis without the limitation of the THC ammount without any permission from the offices until the 1st April 2013, as it was for the research and industrial purposes (as it is written in the not-notificated change of §5, article 5 of the law about addictive drugs and from the same date other products of Cannabis than the Cannabis flos forbiden to the citizens and also the prohibition of the really needed research of the healing content in Cannabis according to the § 24 b of the law about addictive drugs and according to the not-notificated law number 50/2013 Sb. which is named after Orwell as the law „Konopí do lékáren“ (Cannabis to the pharmacies). As it is known by the Court from the complaint number 47921/2014, tender of the Czech republic from the May of the same year was directed to the 100 rich people of Czech republic, but it is more set for the people who like enchanment, because the Czech republic stated the tender for the high percentage of THC (19%), but the main healing cannabinoid  CBD can be found in the minimal potent Cannabis flos, so the healing effects of Cannabis are minimalized knowingly.

Thanks a ot for your attention.
With the respect and expectation of your decision

Dušan Dvořák, the director of the research Konopí je lék (Cannabis is The Cure)

Dušan Dvořák is the chairman of the board of the international non-profit organisation AK Diag Human Cannabis, IN: 266 70 232, which is the member of international association Open Royal Academy, which is from the date 6th January 2014 stated as a lawyer of the individual and artificial persons in the international research Konopí je lék (Cannabis is The Cure) included . Dušan Dvořák is also the solicitor of the complainant in the process held at the European Court of Human Rights in the case of Growshop versus the Czech republic. 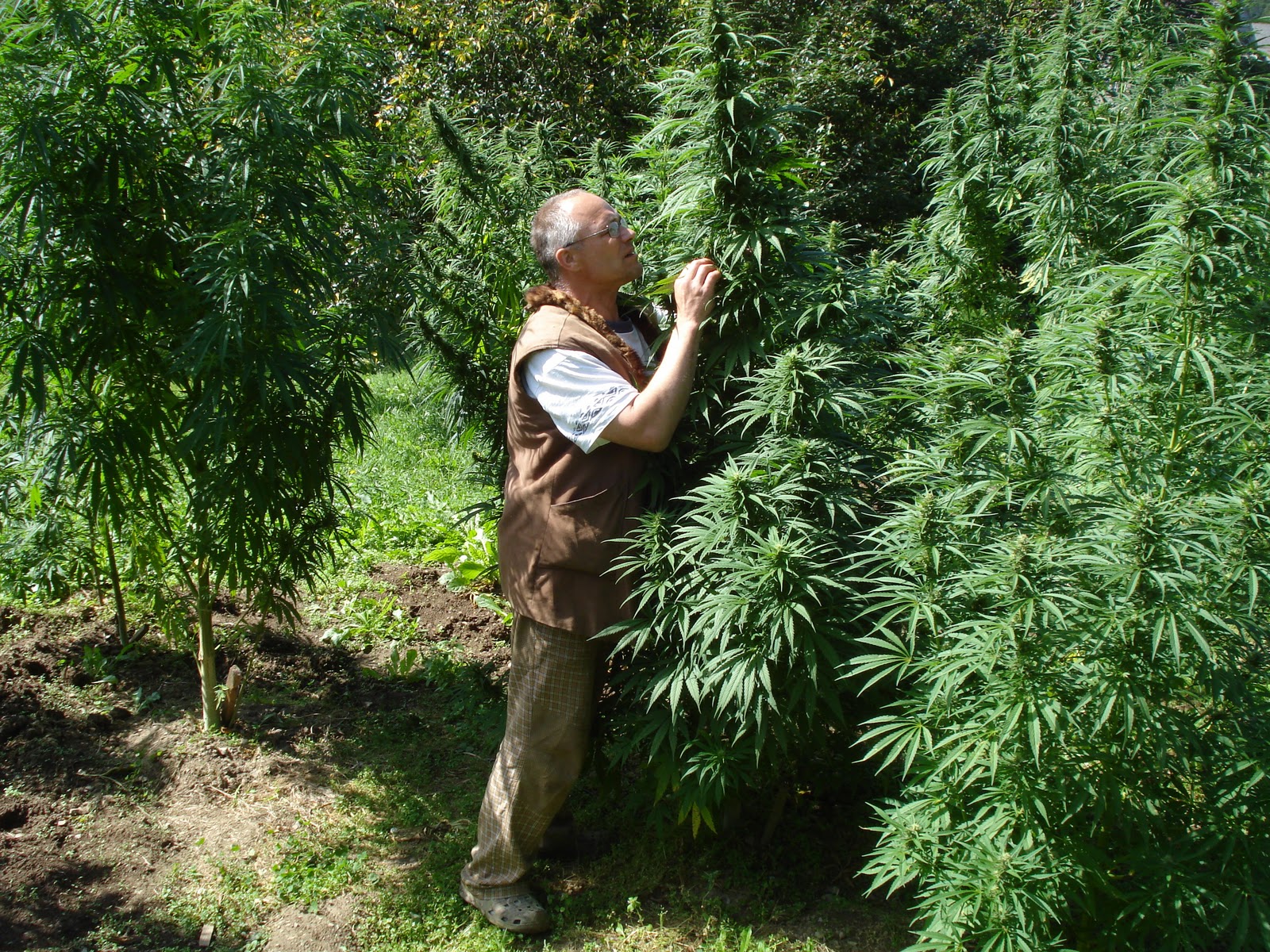